Beeson Divinity School hosts an annual conference on Anglicanism in September. This year's conference will explore the Jewish roots of Christianity. The Jewish Roots of Christianity

Since the Holocaust, both Jewish and Christian scholars have rediscovered the Jewish roots of Christianity. This conference will explore those roots and discuss their continuing implications for Christian theology and practice. Speakers are leading scholars who will present cutting-edge results from recent work. Foley Beach served as the Rector and Pastor of Holy Cross Anglican Church in Loganville, Georgia from its founding in 2004. In 2010 he was consecrated as the first Bishop of the Anglican Diocese of the South. After election by the ACNA College of Bishops, he began serving as Archbishop of the province in 2014.

Beach is a graduate of Gordon-Conwell Theological Seminary, the School of Theology at the University of the South, and Georgia State University. He has served in ministry with Young Life, the Episcopal Church, and the Anglican Church. His passion is to share the Word of God in such a way as to help others discover the incredible living Jesus. Married for more than 30 years, he and his wife, Allison, have two grown children and make their home in the Metro-Atlanta area. Mark Gignilliat has taught Hebrew, Old Testament Exegesis, and Biblical Theology at Beeson Divinity School since 2005. Before coming to Beeson, he taught at Wycliffe Hall, University of Oxford. Dr. Gignilliat published Paul and Isaiah’s Servants in 2007, Karl Barth and the Fifth Gospel: Barth’s Theological Exegesis of Isaiah in 2009 and contributed to Evangelicals and the Nicene Faith (Baker, 2011). He is most recently the author of A Brief History of Old Testament Criticism (Zondervan, 2012). He has published articles in journals such as Scottish Journal of Theology, Biblica, The Journal for Theological Interpretation, Zeitschrift für die Alttestamentliche Wissenschaft, and International Journal of Systematic Theology. Dr. Gignilliat serves as canon theologian at the Cathedral Church of the Advent in Birmingham. He is married to Naomi and they have three sons and one daughter. Sarah Hall has served as an adjunct professor of Hebrew and Hebrew Bible at Gordon Conwell Theological Seminary since 2006, and currently also teaches for Trinity School for Ministry. She completed her doctoral work in Old Testament at Cambridge University, UK. Her undergraduate degree was in British History at Princeton University, with a focus on ecclesiastical history. She served on the writing team for the ACNA's new Anglican catechism. Dr. Hall has been involved in youth ministry for decades, and is currently on staff at Incarnation Anglican Church in Tallahassee, FL as the director of family ministry. She is married to The Rev. Jon Hall and has two children. Mark Kinzer is senior scholar and president emeritus of Messianic Jewish Theological Institute, a graduate school preparing leaders for service in the Messianic Jewish movement, and is co-chair of the Helsinki Consultation on Jewish Continuity in the Body of Christ. He is the author of Post-missionary Messianic Judaism (2005), Israel’s Messiah and the People of God (2011), Searching Her Own Mystery (2015), and Jerusalem Crucified, Jerusalem Risen (2018). He received his Ph.D. in Near Eastern Studies from the University of Michigan (1995), and his rabbinical ordination from the Union of Messianic Jewish Congregations (2001). Eugene Korn earned a Ph.D. in moral philosophy at Columbia University of New York. He is the academic director of The Center for Jewish-Christian Understanding and Cooperation in Israel, which he helped found, and co-directs its Institute of Theological Inquiry. He has taught philosophy at Columbia and Yeshiva Universities and Jewish Studies in Seton Hall’s graduate department of Christian-Jewish Studies. He is a principal author of the 2015 Orthodox Rabbis Statement on Christianity, “To Do the Will of our Father in Heaven.” and contributor and co-editor of Plowshares into Swords? Reflections on Religion and Violence, Returning to Zion: Christian and Jewish Perspectives, Covenant and Hope: New Frontiers in Jewish and Christian Theology, Jewish Theology and World Religions, The Jewish Connection to the Land of Israel—A Brief Introduction for Christians and Two Faiths, One Covenant? Rabbi Korn lives in Jerusalem, Israel with his wife, Lila Magnus Korn. They are blessed with three children and seven grandchildren, who live in Israel and the United States. Gerald R. McDermott joined the Beeson Divinity school faculty in 2015 as the Anglican Professor of Divinity, and teaches in the areas of history and doctrine, world religions, Anglican studies and Jonathan Edwards. He is the author, co-author or editor of many books, including A Trinitarian Theology of Religions (with Harold Netland), Jonathan Edwards Confronts the Gods, The New Christian Zionism: Fresh Perspectives on Israel and the Land, Israel Matters: Why Christians Must Think Differently about the People and the Land, Cancer: A Medical and Spiritual Guide for Patients and their Families, and Famous Stutterers. His academic research focus has been three-fold: Jonathan Edwards, Christian understandings of other religions, and the meaning of Israel. As a renowned Edwards scholar, McDermott has produced six books on Edwards; his Theology of Jonathan Edwards (coauthored with Michael McClymond) won Christianity Today’s 2013 award for Top Book in Theology/Ethics. McDermott joined the faculty of Roanoke College in 1989, and in 2008 became the Jordan-Trexler Professor of Religion until coming to Beeson. An Anglican priest, he is teaching pastor at Christ the King Anglican Church, and is married to Jean. Together they have three sons and twelve grandchildren. David Moffitt joined the faculty of St Mary’s College, University of St Andrews, in September 2013 as senior lecturer in New Testament Studies. Prior to that, he taught New Testament at Campbell University Divinity School and Duke Divinity School. David was born and raised in Rochester, New York. He studied history and philosophy for his undergraduate degree at Grove City College, Pennsylvania. He earned an M.Div. at Trinity Evangelical Divinity School and took a Th.M. and Ph.D. at Duke University. His 2011 book Atonement and the Logic of Resurrection in the Epistle to the Hebrews (Brill) was awarded a Manfred Lautenschläger Award for Theological Promise (2013). He has published essays in various edited volumes, as well as articles in journals such as the Journal of Biblical Literature, New Testament Studies, Journal of Theological Studies and Zeitschrift für die Neutestamentliche Wissenschaft und die Kunde der Älteren Kirche. His research interests include the Epistle to the Hebrews, Jewish Apocalypticism, and the rituals and concepts of Jewish sacrifice in the first century. He is an ordained minister in the East Cedar Grove Association of Missionary Baptist Churches and presently serves as an elder at St. Andrews Baptist Church. David currently lives in Anstruther, Scotland, with his wife Heather and their two boys, Evan and Andrew. Isaac W. Oliver (Ph.D., University of Michigan) is an assistant in Religious Studies at the Department of Philosophy & Religious Studies, Bradley University. Oliver has edited and published several works on ancient Judaism, Christianity, and Islam. His works include, Torah Praxis after 70 CE: Reading Matthew and Luke-Acts as Jewish Texts (Mohr Siebeck, 2013), a monograph that explores the Jewishness of Matthew and Luke-Acts from a historical perspective, and The Early Reception of Paul the Second Temple Jew (Bloomsbury, 2018), an edited volume that examines various early Christian receptions of Paul’s Jewishness and views on Judaism. Matthew Olver is a priest in the Episcopal Church of Dallas and Assistant Professor of Liturgics and Pastoral Theology at Nashotah House Theological Seminary where he has taught since 2014. His doctoral dissertation at Marquette University under the direction of Susan Wood, SCL focused on the origin and theology of the Roman Canon and the peculiar influence exercised by the Epistle to the Hebrews on its origin, theology, and structure. Before moving to Wisconsin, he was for seven years the Assistant Rector at Church of the Incarnation in Dallas, and undertook his previous studies at Wheaton College and Duke Divinity School. He is married to Kristen, a licensed professional counselor, and they have two elementary-aged children. He assists at the Zion Episcopal Church, Oconomowoc, Wisconsin, and was a member of the Anglican-Roman Catholic Consultation in the U.S. (ARC-USA) from 2006-2014, which produced Ecclesiology and Moral Discernment. He is a regular contributor to Covenant, the weblog of The Living Church as well as Pray Tell the blog published by Liturgical Press, and has published in The Journal of Ecumenical Studies, Anglican Theological Review, Nova et Vetera, and Antiphon. David Rudolph (Ph.D., Cambridge) is the Director of Messianic Jewish Studies and Professor of New Testament and Jewish Studies at The King’s University in Southlake, Texas. He has published numerous books and articles on the New Testament, Second Temple Judaism, and Jewish-Christian relations. His recent publications include A Jew to the Jews: Jewish Contours of Pauline Flexibility in 1 Corinthians 9:19-23 (Second Edition, Pickwick, 2016) and Introduction to Messianic Judaism: Its Ecclesial Context and Biblical Foundations (co-edited with Joel Willitts, Zondervan, 2013). Matthew Thiessen is associate professor of Religious Studies at McMaster University. His research interests focus on the rise of Christianity, particularly as it relates to early Judaism. He focuses on questions related to ethnicity and identity construction in order to better understand the way in which ancient religions functioned. His current research focuses on the way in which the synoptic gospels present Jesus in relation to the Jewish laws of ritual purity. 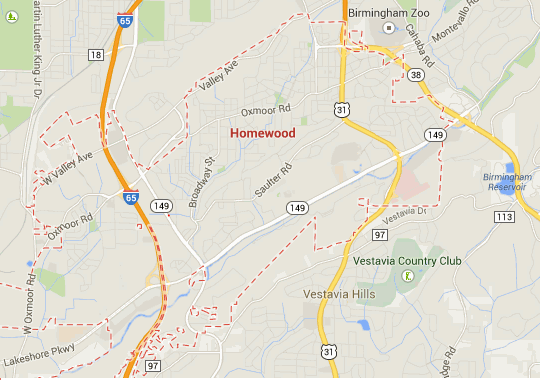